Below is a copy of the cover story I wrote for SCMP’s Food & Wine on complaining in a restaurant. What surprised me most when researching the article, was that on the whole chefs don’t complain. Why does this surprise me? If something is not right about a meal it seems to me that a chef is best qualified to say something, yet there seems to be a chef’s code of not complaining because as one chef said, “shit happens”, and another (not included in the article) said, “Unless there is something very wrong I think it is disrespectful to the chef to complain.”

I was asked to provide some of my own anecdotes for the article, which after going through the sub editing process I thought had the soul taken out of them so here is the unedited versions.

Like Gordon Ramsey I wanted to thump my fist and shout “It’s F******* raw!” This was the response the delivery of my lamb main, for the third time, had elicited. I had ordered medium, it came rare, I sent it back and was served another rare lamb, with the third attempt being mostly raw. I kept my head, but only because it was meant to be a romantic dinner and not for review. I did have a conversation with the manager, but in the end I was told that the chef (from a two-star Michelin restaurant) was unable to cook the lamb to my satisfaction and that he (the chef) suggests I have the veal instead. Seriously, WTF?

Letting the chef decide on the dishes I eat is a pleasurable indulgence for me, and I believe you often get the best of a chef giving them some creative freedom. On one such occasion the friendly, but somewhat clueless, server came to our table and placed down the soup course. She was leaving when I enquired what it was. Looking at us like we were stupid, she said with great confidence, “It’s soup”.

Contemporary Siberian. The cuisine category my fellow diner suggested to describe our degustation menu of dishes that mostly tasted like they had been dragged through a salt mine. I regret not saying anything, unlike me. Two dishes I left largely uneaten. I was slightly shocked that no one asked about it, it’s the kind of place you expect it. Perhaps though, what I would have said may have shocked them, much like it did at a recent lunch, given the look of horror on the restaurant manager’s face, when my response to her asking if I enjoyed the food (most of it left on the plate) was not to her liking.

Do you complain? Leave a comment letting me and readers know more about your experiences.

2 thoughts on “Chefs don’t complain, but I do” 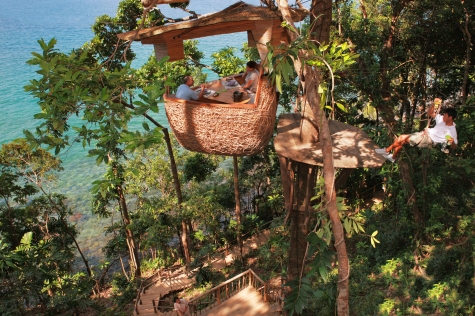